<< GET YOUR FIRST LESSON FREE

It’s the middle of a December afternoon, and in a spartan hall in northwest Moscow, a group of men and women of various ages are lying on the floor, while others are defending themselves from opponents wielding whips. This is not some sado-masochistic ritual, but a seminar devoted to a form of the Russian martial art Systema.

Originally developed as a military practice for Russian special forces, Systema remains a relatively unheralded practice. Nowadays this training is also employed in the form of an education based on self-knowledge and control of others through the practice of defensive hand-to-hand combat.

There are several branches of Systema, each following a different pedagogy. The seminar in Moscow is taking place at the school of Mikhail Ryabko, founder and developer of one of the most popular forms of Systema, known as the Ryabko Style. Ryabko, a Special Forces colonel who has been involved in combat training since the age of 15, has seen his passion blossom into what is now a network of 200 affiliate schools around the world.

The main principles of Ryabko’s Systema are an absence of rank and precise techniques and an emphasis on improvisation and playful exercises. No physical protection is worn in this contact sport, in which breathing technique is a major focus.

“Genius things are simple, and I think that Systema incorporates the God-given principle of power and energy at minimum costs,” said Vadim Yusupov, a 24-year-old Ryabko Systema adherent who has practiced boxing for two years and Shotokan karate for nine years.

“You can come to [Systema] with a rich experience of other martial art classes and with strength of body and good knowledge. But from this moment, everything is going to change: You come not to get additional information and techniques, but to cut out unnecessary things in your life. You will discover with amazement how great your power is. This power sits in harmony with nature, simple natural motions and relaxation,” he added.

The origins of Systema are difficult to assert, but it is believed to have grown out of various foreign-influenced martial arts that existed in imperial Russia and that practically disappeared after the Revolution.

“Some things are true, others are basically unverifiable,” said Vladimir Vasilyev, a former student of Mikhail Ryabko’s school and now an instructor in Toronto, Canada.

“The changes in government in Russia [during the last century] didn’t help to conserve a trace of what happened,” he added.

Despite its military origins, a friendly atmosphere reigned at the Moscow seminar and a number of foreign enthusiasts were present. Participants were welcoming and keen for observers – and even journalists – to join in.

The participants demonstrate a remarkable readiness to shed any restraints about their self-image in order to do the exercises and assume some highly unusual positions.

After the training sessions, a group discussion takes place. The participants talk about the exercises, and how people feel about the course. The idea of community and dialogue is an integral part of Systema.

The ability to express and understand oneself is one of the key focuses of the activity, with the aim of subsequently being able to employ this ability in daily situations. A system originally developed for warfare has become a system for coping with the demands of daily life – and this is a view shared by many adherents of the Ryabko Style.

Stéphane Vartarian, a Ryabko Style instructor in France, says that Systema helped him to understand himself better.

“It has shown me how it is my thought that determines my daily situations,” Vartarian said.

“I have learned to analyze my feelings and thus make better use of my intuition in day-to-day situations.”

For Yevgeny Sokolov, a 53-year-old Special Forces reserve officer who is a scientist and MBA lecturer by profession, as well as an expert in psychological techniques and training officer of the Ryabko Systema, the community aspect of Systema is of crucial importance.

“The community of permanent participants and mentors is based on the spiritual values of the Russian Orthodox Church; it’s grounded in patriotism and in the ancient military traditions of Russia, but it’s accessible for people of different nationalities and religions.

“Secondly, Systema offers an opportunity to constantly improve yourself spiritually, psychologically and physically, regardless of your age, sex, level of basic training and health. Everyone can discover something useful in it, from health-improving practices to unique fighting techniques,” said Sokolov.

“Finally, Systema makes it possible to achieve a high degree of self-control and self-correction, which helps to maintain balance and efficiently defend yourself under any circumstances,” he said.

Ryabko’s school represents just one of a number of different approaches to Systema. Another popular style is the Kadochnikov Systema, named after its creator, Alexei Kadochnikov. Both the Ryabko and Kadochnikov forms of Systema are based on the idea of developing a better knowledge of one’s internal state, but despite being branches of the same discipline, the two “systems” have important differences: Ryabko’s style is a system of effective breathing and relaxation, whereas the technique developed by Kadochnikov is based on biomechanics, which visualizes the body as a set of angles, levers and points of application of force. One of the key principles of the Kadochnikov system is to unbalance your opponent, according to Nikita Rozin, a student of the method.

“To do this, you have to make the body of your opponent relaxed,” said Rozin. “There are many tricks to do this – a punch to the throat or an impact to the eyes, grabbing their hair, impacts on certain points on the body, sudden yells and other tricks,” he added.

“After these tricks, usually you have about one or two seconds while your opponent is shocked. Then you start to unbalance the body of your opponent using the system of leverage.”

According to Rozin, there is nothing new in this approach – which is based on simple laws of mechanics from physics textbooks – because the body is built according to a system of levers.

“After that, when your opponent is on the ground, you get him into a painful hold or more often trample on the joints of your opponent to prevent any riposte,” said Rozin.

“An essential point of the system is to react to the opponent only when they strike you. As a self-defense practice, in Systema they teach technical aspects based on the lever principle, and then let you ad lib.”

Rozin, whose father is a boxer, used to practice Aikido, but found it difficult to apply many of the techniques he learned in that martial art. He then took up Systema instead, and was surprised by how quickly he made progress.

“After one year of practice I felt very confident in my skills. I started to know how to act in different situations,” says Rozin.

“When someone attacks you in a confined space (for example an elevator or a train), when you have several opponents, when they go for you with a knife, club or whatever. And that is very important in Systema, because it’s primarily a system of self-defense and they teach you how to defend yourself as efficiently as you can. I remember that after one year I could “see” around 360 degrees of my body; it seems mystical when you hear about it, but it’s real.” 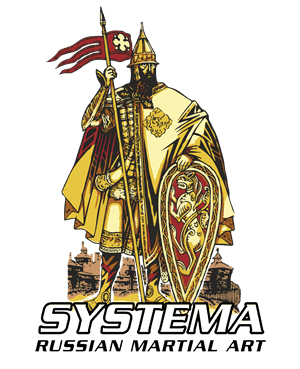